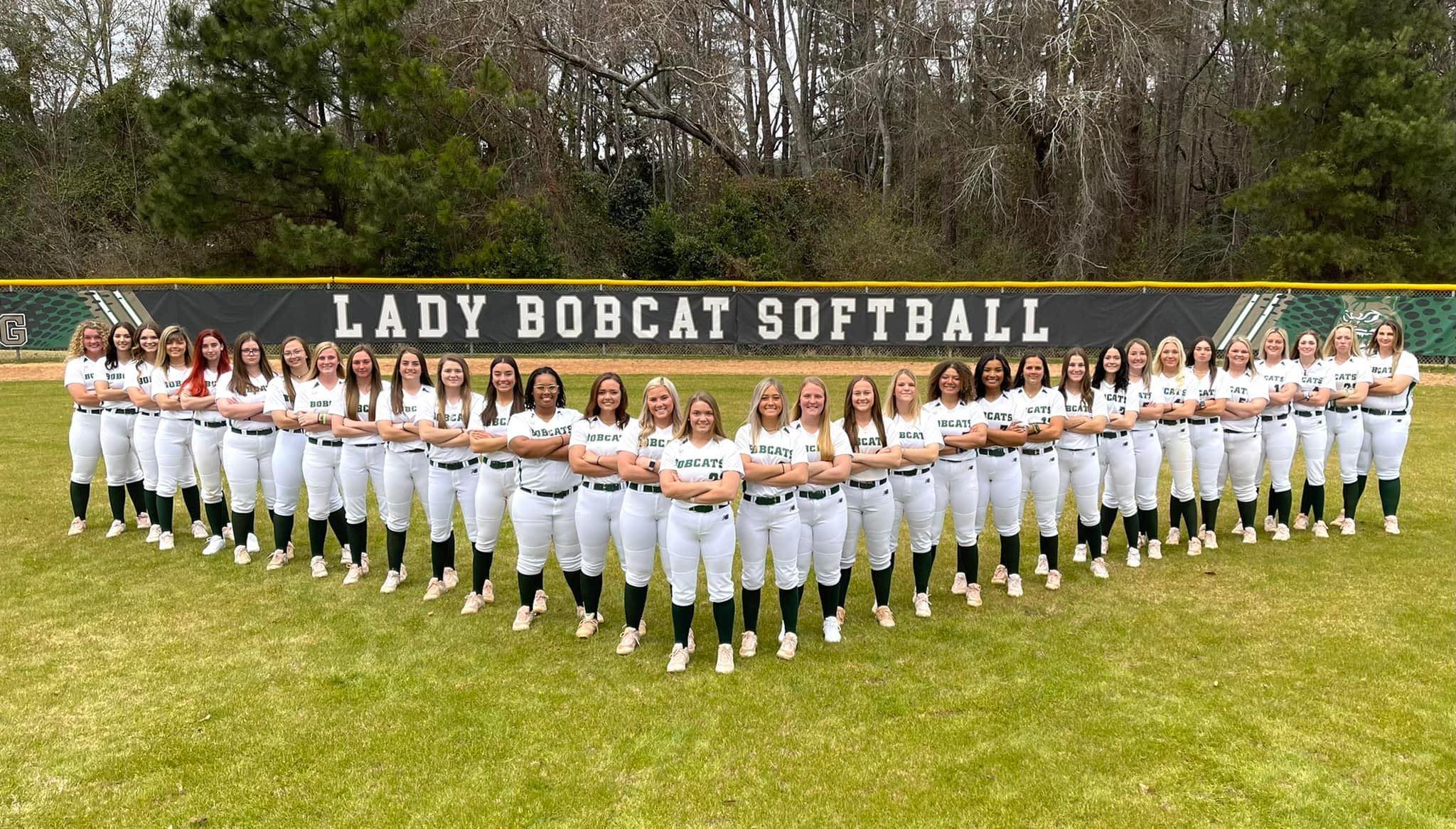 The Bobcats opened the tournament as a number three seed playing against number two seed Gordon State College.  The Bobcats and Gordon remained in a pitcher’s duel at 0 to 0 through five innings of play. The Bobcat’s bats woke up and scored five runs in the top of the fifth inning on homeruns by McKenzi Wilkerson and Ashleigh Miles.  Wilkerson hit a three-run blast over the left centerfield wall followed by a solo homerun by Ashleigh Miles.

The Bobcat pitching core of Britney Foster and Cierra Kinlaw led the way for the Lady Bobcats with Foster pitching four innings and Kinlaw closing the deal and advancing the team in the winner’s bracket after the 5 to 0 victory over Gordon.

In game two the Bobcats and ABAC battled for seven innings with ABAC taking the victory at 9 to 2 in the end.  The Bobcats battled with the Stallions of ABAC through three innings of work, but a two out, five run fourth inning would be the Bobcats undoing in the game.

In game three of the tournament on Friday against Georgia Military College (GMC) would be, by some in attendance, the battle of all battles as the Lady Bobcats left it all on the field in an 11-inning marathon game for the ages.  The Bobcats and Bulldogs remained tied through 10 innings at 1 to 1, with both teams scoring in the tenth inning to make the score 2 to 2.  In the eleventh inning the Bulldogs scored in the top of the inning to make the score 3 to 2, with the Bobcats up to bat.  EGSC got a runner to third base in the bottom of the inning with one out. A single into left centerfield by Ashleigh Miles would see the Bulldogs centerfielder come up with the ball and fire it to home plate to catch the Bobcat runner for the second out of the inning.  With two outs, the Bobcats had one last chance to get the runner home from second base, but a line out to second base would bring the Bobcat’s season to a close after a hard-fought battle that no one in attendance shall ever forget.

"We left it all on the field today! I am so proud of the fight our Lady Bobcats showed today,” Coach Chuck Wimberly commented after the Bobcat’s tournament run. “This year’s team set the bar for our softball program at the highest level in the history of the college in 12 years, and the way we fought all season will most definitely be memories that these young ladies will never forget.  I simply cannot say enough about our total team effort all season, and it truly shined in the tournament in the way we played with so much heart!"