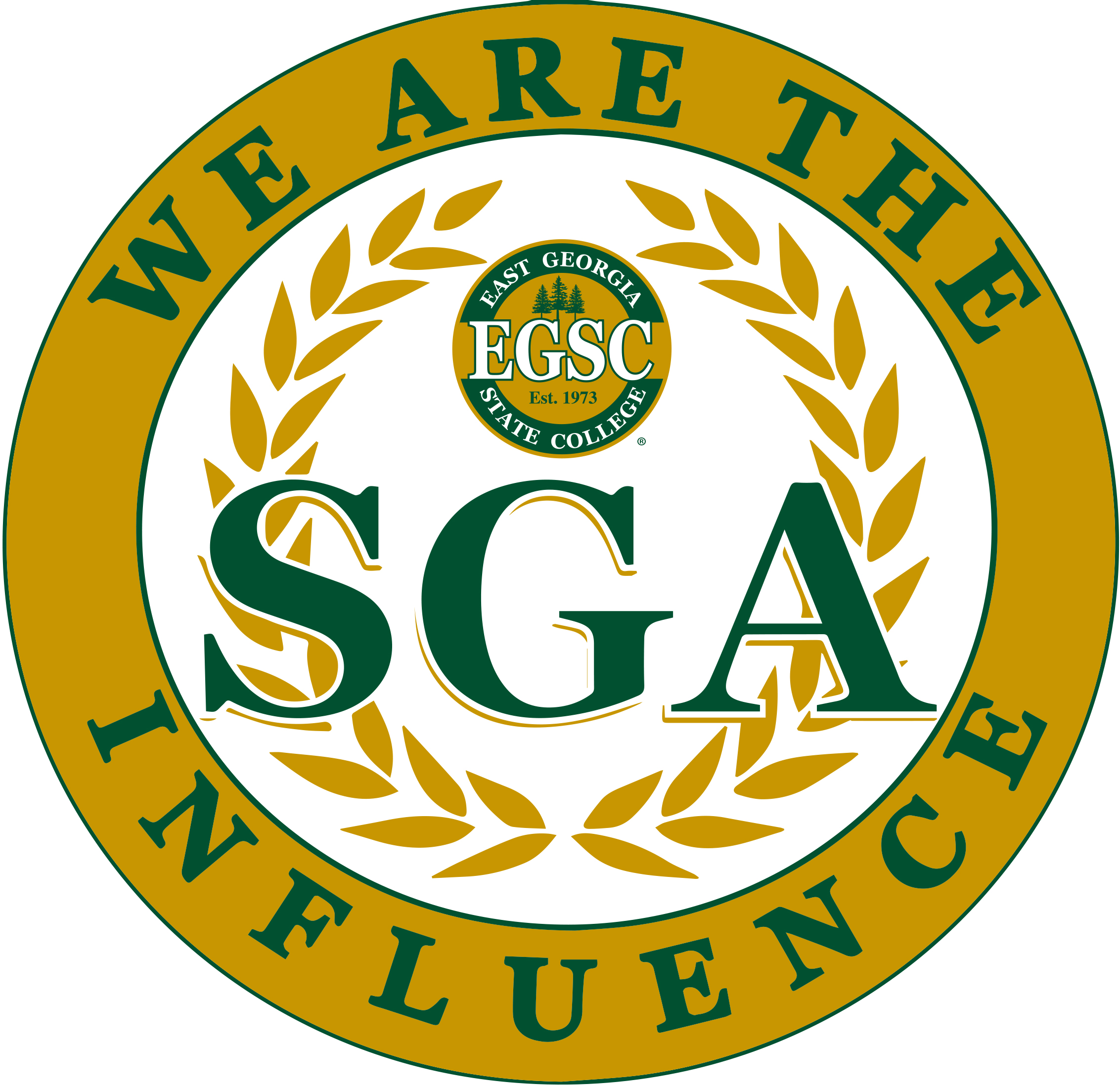 The East Georgia State College Student Government Association acts as the voice of the student body, and student issues and concerns should be brought to the attention of the SGA membership. SGA provides a means of expressing students’ needs and ideas, in order to encourage self-respect, self-esteem, and individual responsibility. SGA strives to have a closer understanding between the student body and the administration and faculty of East Georgia State College.

The Student Government Association is the campus organization governing student activities and representing the students in college affairs. SGA members are elected by the student body. The SGA is composed of three officers: president, vice-president, and secretary-treasurer; plus three senators elected from the sophomore class; and three senators elected from the freshman class. During the Fall and Spring semester meetings are held weekly and are open forum. Student issues and concerns should be brought to the attention of the SGA membership.

To learn more about the works of the SGA, take a look at the SGA Constitution.

Interested in becoming a member of the Student Government Association?

In order to run for office, you must have thirty (30) semester hours of credit, 6 of which must have been earned at East Georgia State College, and a 2.0 grade point average. Each candidate must be enrolled for three (3) or more semester hours to hold office. The status of academic or disciplinary warning or probation disqualifies an officeholder from office. If you qualify, the dates below are the election times:

To run for office, you must achieve 150 signatures on the SGA Petition (PDF). This will show that you have the ability to be a voice for our students.